British Muslims and the IS Blame Game 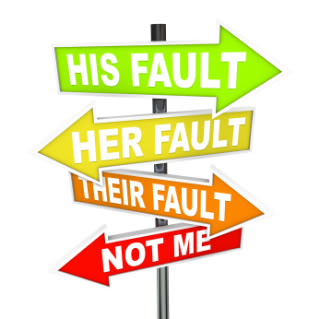 It is an incredible and baffling story. Why would three UK Muslim mothers take their nine children away from Britain and to live in war-torn Syria? Admittedly, their home town was Bradford, but nevertheless!

The Prime Minister David Cameron, urged everyone not to play the blame game and then – ironically – promptly blamed a section of British Muslims for “quietly condoning” IS and urged British Muslims to do more to confront the propaganda of the extremists.

This evening, we now learn that the solicitors for the family are accusing the police of being “complicit” in the radicalisation of the three women by allegedly encouraging them to contact their brother who had already travelled to Syria. More blame.

A couple of days ago, Myriam Francois Cerrah, in an otherwise typically thoughtful piece, blamed “government failings” in allowing the Bradford mothers to leave the UK despite what was known about their brother. For once, it is difficult not to sympathise with the authorities. They get criticised for being too intrusive and heavy-handed in their dealings with UK Muslims, and now for not being intrusive enough and granting the mothers too much freedom.

Ultimately, only the three mothers themselves can tell us about their motivations for leaving the UK for Syria with all the danger that entails for them, their children and their future. I do hope that we will hear from them, not only to better understand this tragic story but perhaps to be able to help others.

This entry was posted in Extremism, Government, Islam and tagged david cameron, dawood, IS. Bookmark the permalink.

16 Responses to British Muslims and the IS Blame Game