Are Mosques and Imams Responsible for Muslim Criminality in the UK? 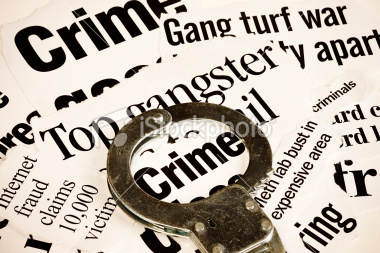 The Times today published an article based on an interview with Ahtsham Ali, who works as a Muslim advisor to the Prison Service. The article is about why so many Muslims are ending up in prison. Muslims account for over 12% of the prison population – way higher than their percentage of the population which is around 4-5%. Unfortunately, The Times is behind a paywall but the Daily Mail website has reprinted much of the article under their own byline here.

The Mail’s not unexpected spin on the story can be seen in their headline which reads:

It seems rather unfair to blame Imams for Muslims ending up in prison when far more influential factors are surely parental upbringing and social crowds. In my field of work (IT and wireless networks) I have worked alongside many Hindus whose communities also often import their priests from India. They too have trouble relating to many Hindu youth in the UK. Yet, British Hindus account for a far lesser percentage of those in prison as compared with their size of the population as a whole. The Daily Mail prints this fascinating official statistical graph obtained from NOMS (National Offender Management Service): 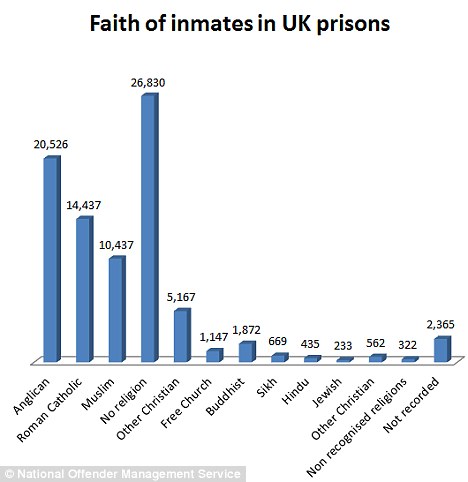 In my experience, Hindu children are brought up to value education and are ingrained with a very strong work ethic by their parents.

If we are really looking to point fingers at who is responsible for Muslim criminality then I don’t think it is appropriate to blame Imams who are very often poorly paid. As a Rabbi friend once told me (and he had heard it from the Chief Rabbi – so a strong isnad!), if you pay peanuts, you get monkeys! Imams often have to hold down two jobs just to try and make ends meet. It is hardly a job that many young Muslims dream of taking on when they grow up. It is very regrettable, though not surprising, therefore, that mosques sadly resort to importing Imams from overseas.

Poor quality parental involvement in the education and upbringing of Muslim children and bad influences from social peers are surely far more relevant factors when it comes to criminality amongst UK Muslims.

This entry was posted in Islam and tagged criminality, imams, mosques. Bookmark the permalink.

9 Responses to Are Mosques and Imams Responsible for Muslim Criminality in the UK?