When The Moors Ruled in Europe 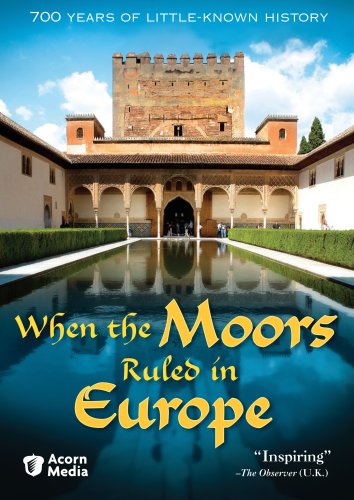 Just finished watching a beautiful and very informative documentary on More 4 called ‘When The Moors Ruled in Europe’ about the 700 year history and influence of Islamic Spain – al-Andalus.

The two hour programme reminded us that in Spain, Islam was a culture of phenomenal innovation which continually emphasised the importance of learning. France’s largest library at the time contained 700 books. The library in Cordoba, Spain, on the other hand, contained over half a million volumes. People converted to Islam because they believed the religion was attractive and offered them something of value. The Muslims in Spain built a culture that was the very pinnacle of civilised life. And when later the rest of Europe underwent a massive intellectual and cultural revolution – the Renaissance, the programme convincingly asserted that the Renaissance was the continuation of an intellectual process that had begun centuries earlier in Islamic Spain.

I went to Amazon to see if I could purchase the documentary – which seems to have been made in 2008 – and could only find an American import edition.

This entry was posted in Islam and tagged al-andalus, islamic Spain, moors. Bookmark the permalink.

8 Responses to When The Moors Ruled in Europe