Robert Fisk on the risks involved in upsetting ‘you know who’ 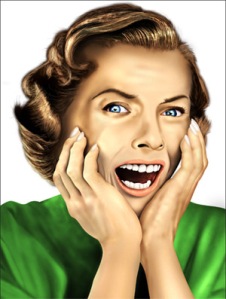 I just came across this superb piece from last Saturday’s edition of The Independent by its veteran Middle East reporter, Robert Fisk.

Fisk covers the story of how Octavia Nasr – a CNN reporter – was sacked after sending a Twitter message expressing her respect for Lebanon’s Shaykh Fadlallah who passed away a couple of weeks ago. The UK ambassador to Lebanon, Frances Guy, was also forced to grovel after posting a blog talking about Shaykh Fadlallah in respectful terms. The original post was removed on orders from the UK government after Israel’s supporters complained.

Fisk says that Nasr and Guy are not the only ones who have been forced to grovel by the Israel lobby.

‘Looking back, the Obama grovelling started in that famous Cairo reach-out-to-the-Muslim-world speech, when he referred to the Palestinian “relocation” of 1948 (as if the Palestinian Arabs got up one morning on the birth of Israel and decided that they all wanted to go on holiday to Lebanon). But the moment the world should have got wise was when Obama accepted the Nobel Peace Prize. A man of greater dignity would have acknowledged the honour of such an award, but explained that his own unworthiness prevented him from accepting. But he did accept. He wanted the Nobel Prize. It was more important to accept it even though he did not deserve it. And now? Well, we’ve all been watching the little groveller this week. Middle East peace? Further colonisation of Arab land? Crisis in southern Lebanon? The continued siege of Gaza? Forget it. Think of mid-term elections. Remember the fate of Nasr and Guy. And grovel.’