Why the obsession with hijabs and burqas? 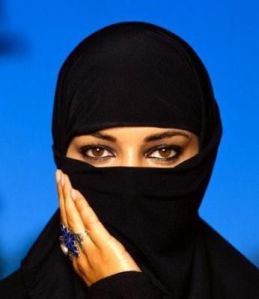 No, I am not referring to our silly tabloids but some of our own Imams. Today’s Khutbah was so depressing. The Imam got himself worked up because he said he saw Muslim families out in public and – shock, horror – their grown-up daughters were not covered up. ‘Neither Burqa, niqab or even a hijab’ were his exact words. ‘They are promoting Zina (fornication or adultery),’ he shrieked.

He criticised the fathers of these daughters for not assuming responsibility for their daughters wearing the ‘correct dress’.

What was even more depressing was that the Khutbah was meant to be a continuation of a series on Salah (ritual prayers) which he had been talking about in recent weeks but that genuinely important topic went out the window because of the bare-headed girls.

Isn’t it rather more important for parents to teach their children the virtues of honesty, education and diligent work? Why this obsession with whether a girl covers her head in public or not?

This entry was posted in Islam and tagged burqa, hijab, niqab. Bookmark the permalink.

8 Responses to Why the obsession with hijabs and burqas?